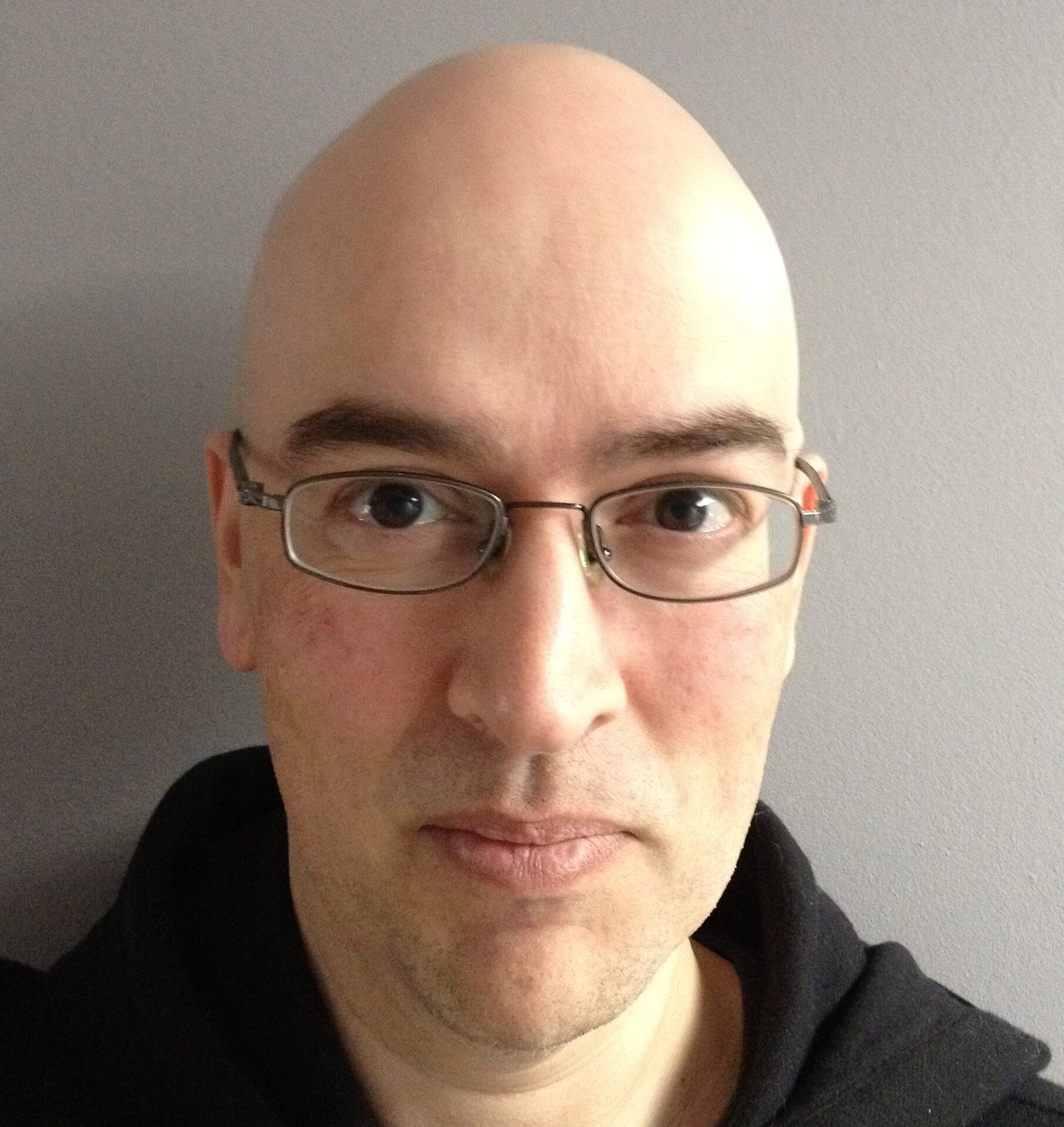 Genetically Anglo-Indian, culturally Scottish-Canadian, and queer by nature, Rick has grown up between worlds, so coming out bisexual was no surprise, except perhaps why it took so long. A child of immigrants who themselves migrated across three continents, Rick is the product of centuries of English imperialism and colonialism in India, the British Isles, and Turtle Island. A software engineer by trade, a musician by choice, and an activist by necessity, he currently lives on Treaty 13 land with his partner Laura, three cats, and a variety of musical instruments.

Rick is one of the founding members of Bisexual Men of Toronto (BiMOT), one of the few organizations specifically catering to male-identified and non-binary bi+ folk, and facilitated many of its early meetings. Through the early 2000s, he was part of the organizing committee for Toronto Bisexual Network, managing its web presence and helping organize events for Pride and Bi+ Visibility Day as well as seasonal social events. After stepping back from an organizing role he continues to help with TBN’s Pride events and march with the TBN Pride contingent.

Since the advent of the Black Lives Matter Movement Rick has been on a journey to further educate himself on racial justice issues. To this end, he is part of a queer reading group focused on racial justice issues, particularly with respect to Black and First Nations experiences. He also participates in anti-fascist activity while looking forward to the day these won’t be necessary. As a songwriter and guitarist, Rick also performs as part of Bi+ music collective Bi Riot!
Socials:
Twitter: rickinnis