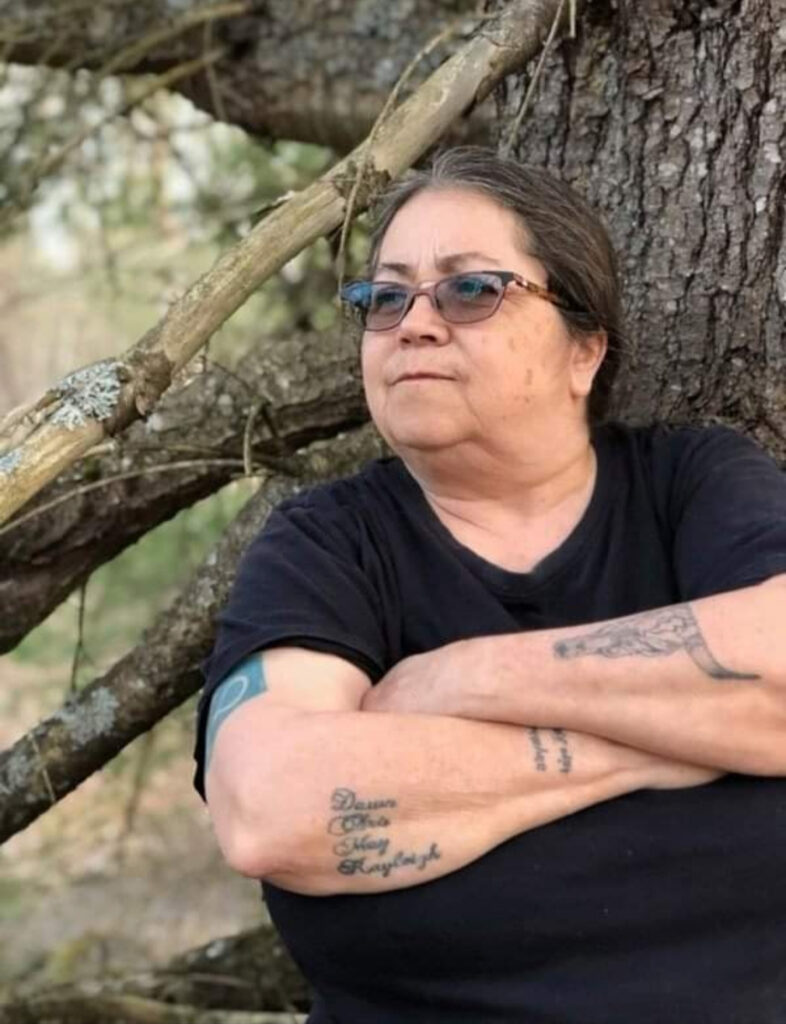 Blu’s family is from Big River Saskatchewan, Star Blanket Reserve and Bra’dor Lake, Eskasoni First Nations, Cape Breton Nova Scotia, and the Red River. Blu grew up with their grandmother and learned about traditional medicines, learning healing methods, and care for the sick. Their grandmother also shared her knowledge of the great teachings.

Blu is currently working at Seneca College as an Elder on campus providing traditional teachings and one-to-one counseling.

Blu spent 2.5 years working for the National Inquiry for Murdered and Missing Women as a Grandmother to Commissioner Brian Eyelfson and sits on the Grandmother Circle.

Blu sits on the Thunder Women Healing Lodge as a Director of the Board.

Blu also sits as the Ontario representative for Metis people with 2 Spirits In Motion Board.

Blu also provides ceremony, teaching, and counseling for 2 Spirit People of the First Nations, in Toronto.

Blu was also the national caucus representative for the Toronto Urban Aboriginal strategies for five years working with the community of Toronto and the government. They are also a graduate of DeVry Institute of Technology receiving their business software micro-computer architecture and A+ certification.